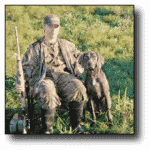 Today started off like most any other hunting morning, get up at 4am, be on the road by 4:30 am, drive 1 hour, get to your destination and start getting excited and then it happened... my phone started to ring and I thought, "who in the heck is calling me at 530 AM?". I saw it was Dave so I picked up the phone. Dave asked me where I was, I told him that I just got on the property. He said, (in a deeply concerned tone) well, because I am stuck.

Keep in mind that it was pitch dark, foggy, and no moon okay? Because when I found him he was on the wrong side of the pond that we hunt on and he drove into the only swampy part on that side of the pond. I will admit, when I drove up to him the ground all looked the same, I didn't see it either until it was almost too late. When I drove up to him, all I could see of his Explorer was from the bumpers and up. My first thought was that there was no way I was going to be able to get him out because he was high centered on his axles. The grass has condensation from the cool air and it was very slippery even on dry ground but luckily, I had an old hay bale strap in the back of my Durango, so I tied one end on to my frame hitch and the other to his bumper hitch. I just thought for sure I was going to pull his bumper off trying to get him out, the odds were not stacked in our favor but after a few good tugs and the Durango in 4x4 low, the Explorer popped out of the swampy part and on to dry ground. Just to make sure he was out, I pulled him backwards about 50 yards up the incline on to higher ground. The bumper held strong and nothing broke or got damaged so we drove over to the other side of the pond and started setting up.

Needless to say, after this we were in a hurry to set up the decoys and prepare for the morning hunt. Dave gets out his Canada decoys and we 3 start setting up the spread. Dave gave the direction on how to place the decoys for the best results to bring in the Geese. So, every decoy was looked over by Dave to make sure it looked good because a great decoy placement is needed to attract Geese and Ducks. When the spread was right, we got our blinds put up and all 3 of us got into place. We were just in place a few minutes when we had a few ducks of some kind land in the teal floaters that were already out in the water. Quietly and patiently we waited for about 20 minutes so we could make a positive identification of what kind of ducks they were and then all of the sudden, they took off. We could not tell what kind they were because it was too dark to be 100% sure.

Energized by the action, we sat there for about 3 hours not seeing a single thing. Swapping hunting stories and ideas back and forth and having a great conversation and then all of the sudden, Dave said "here we go, get ready." Zack and I took cover and hid our faces so we would not be seen and Dave went to work on the call. He gave a series of short calls and the goose was not dropping or coming to us so then Dave pulled a call out of his hat and one call that is not in books. It's "the Dave call." After Dave gave the goose "the Dave call," the giant goose turned his head and was coming back up from behind us and Dave was calling him in. Zack and I had to re load our guns because we had teal loads in our guns and we needed the 3 inch "T" loads to bring down this beast. We only had time to get in 2 rounds when I heard Dave yell, "take 'em." Zack and I looked up trying to find the goose in our gun sights and I was the first to acquire target so I pulled the trigger. He was still flying! I pulled it the second time and that damn goose didn't flinch. I could have sworn that that thing had on a bullet proof vest, and then all of the sudden I heard Zack blast a 3" BB load, and that big boy started to come down like a helicopter! As it hit the water there was a big splash made by the hard hitting goose and that was when Dave gave his dog the command to fetch. Out went Fay, hard charging and only having one thing on her mind, and that was to get that goose back to shore to her master asap. When she reached the goose he was still very much alive and kicking. The goose was beating Fay in the head and body with its powerful wings and biting Fay in the ear and the back, but she stayed in the fight and brought the monster to shore. The funny part is that my dog Zeus (110 lb Weimaraner) just sat there on the shore and offered no assistance to a "damsel in distress." He was just letting her fight her own fight I guess... I don't know and I'm not sure what the heck that dog was thinking, but that goose put up a heck of a fight.

Whenever the goose would try to get away from Fay, Dave yelled, "fetch 'em up girl," she went back in the boxing ring with that goose hitting her with both wings, scratching her with his nails on his feet and I know I counted that goose biting her at least 10 times, but that tough girl brought that goose to Dave's hand. I then noticed that there was a single hole in the side of the head. I looked over at my son and asked him "hey Zack, where were you aiming when you shot?" He replied, "one barrel width in front of him, why?" A big smile came upon my face because this is his first time goose hunting and he just learned to shoot a shotgun in April of this year. I never had the chance to show him, firsthand how it is done by harvesting a goose before today. Shooting geese is 100% different than shooting a Turkey. He has never shot anything this huge, flying this fast before.

Its days like this that makes a dad proud for life, but, I guess in the future I need to shoot the way I taught him. I am so extremely happy that I missed this one today.

Thank you HSP for giving me a large variety of places to hunt and for introducing me to Dave. I feel that we all will be lifelong friends and friends that I do owe today's hunt too.

Seeing your son get all excited because he harvested his first goose on the first weekend he went goose hunting and not to mention he got it on the first shot!!!!!!!!!...... Priceless.. 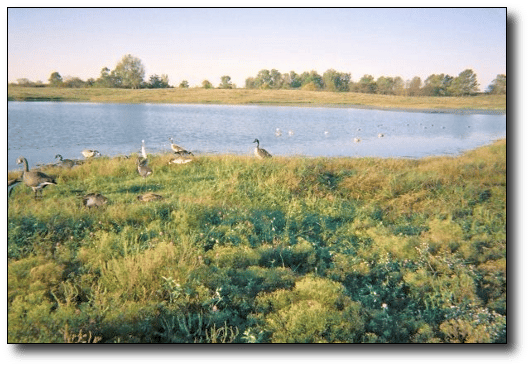 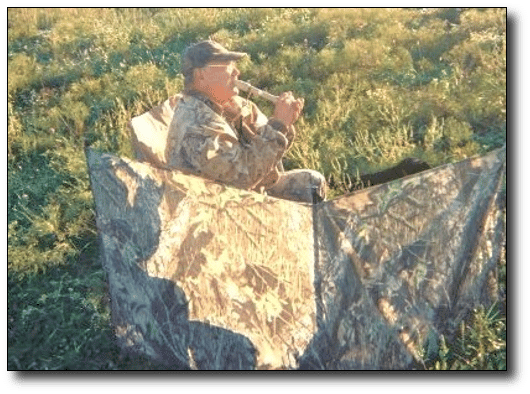 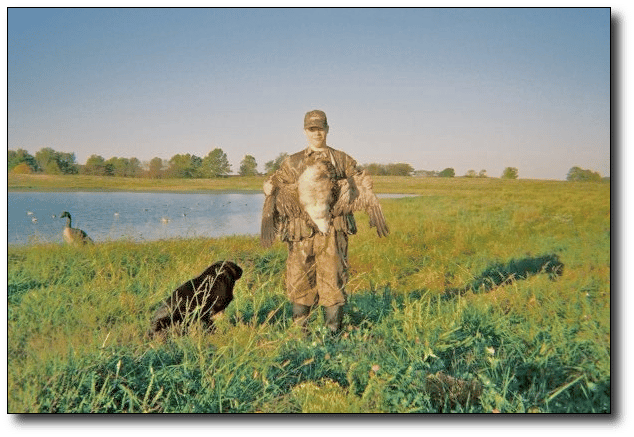