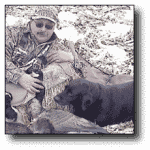 Fay was the fifth hunting dog to bless this family. We had her for nearly 13 years, but sadly the last couple showed her health declining. She was totally deaf, had a non-cancerous infestation of moles all over her body. Hip dysplasia and a fear of fireworks or thunder (visual and or vibrations), rounded out her ailments. Fay's hip problems, was by far the most serious. She was having great difficulty manipulating the stairs to the outside world. Deanna and I knew what was going to happen next, it was just a matter of time. We tried several medical options that our Vet suggested to no avail. There was more than one occasion when I "chickened out," and returned home with Fay, alive and well.

When that fateful day finally arrived, I stayed with her. I held her close, and whispered quietly in her ear. She was calm, so I know she sensed my vocal vibrations. She slipped away into a deep sleep. "She is now in a better place," the Vet quietly noted.

Compliments by fellow HSP members and others were "numerous" to say the least. Each of those who hunted behind, or shared a duck blind with her, had their favorite story about "the one that didn't get away." Fay was a "Certified Pointing Lab." So whether we were hunting upland birds, waterfowl, doves, or fall Turkeys in Kansas, she was ready and up for the task.

Which of the five was the best? The very last one! The only reason I have come to that conclusion is that I can remember more vividly the number of successful hunting trips. But, as of now, Fay stands alone and at the top. She, in my own mind was a "dog for all seasons!"

"Albrights Cara Della," was our first purebred hunting dog. She was a German Shorthair Pointer. I purchased her in Wichita Kansas in 1968. The next was a Vizsla, named Taffy. She was followed by a Lab/Vizsla cross with the obvious name of"Mixie." She was a hunting fool. Due to Mixie being such a hunting success story, I picked up my first Lab. I recall struggling with a name for this one. I settled for "Susie." The reason I picked this moniker was due to one of my hunting buddies up in Iowa. This guy either had a bad habit, or was color blind, because he would shoot more hen mallards than drakes. The limit back then was one hen or 4 drakes. The term"Susie" refers to a "water-fowlers" slang term for a hen mallard.

The latest, and most likely my last, is "Amy." I got her a year ago from an HSP buddy. She was only 6 or 7 weeks old when I took her home. Almost all of my other dogs were six to seven months old and were already started, (Basic beginner training). While examining the new litter, I held this little girl up to my nose and she "licked me!" That was it...I was a goner!

She was only 3 or 4 months old when a group of us HSP members went to S. Dakota last season. I was encouraged by the guys to bring her along. Just let her run with the big boys they told me. I did and she had a blast! She didn't do anything unusual for a pup. She just ran after the other dogs, couldn't keep up with them, too short to see over the knee high grass, so she looked like a grasshopper jumping straight up out of the grass looking for mom and dad! That was quite a funny sight. But she got introduced to gunfire, flushing birds and smelly birds up close.

Fay was pretty unhappy with the young new "upstart"moving in on her territory. At first she took advantage of the pup. She would run her off and eat her food. She would protect her water dish as if it were food. She would have nothing to do with the pup. Later on the tables turned. Amy was quick enough to steal dog treats from Fay. Then she was fast enough to get away. Amy was small enough, and still is, to belly-roll and get under the couch. To this day, if she suspects either Dee or I are unhappy with her, "under the couch she goes!"

Being a pup means "hyper-dog." A pup is going to play. Any play with anything. From furniture legs to fashionable, expensive shoes! But primarily a pup wants to play with another dog. Fay, early on, would snap and growl and cease all playful activity. Later on Fay would snap and growl and "TRY" to cease all playful activity. Amy, being greatly outweighed, knew just how much distance was safe.

Recently we noticed "eye contact" and "growling." Domination was in the air. And it was all due to Amy. Amy would growl if Fay entered the same room when finishing a treat. She would try her best to get Fay to make eye contact. I've been told that if and when dogs make eye contact, get ready for a fight. Fay always was the one to look away. That was a surprise to us, since Fay was three times the size. We never allowed this domination factor to run its'course.

So even in her last days, Fay was "the lady of the house." May she be so still... 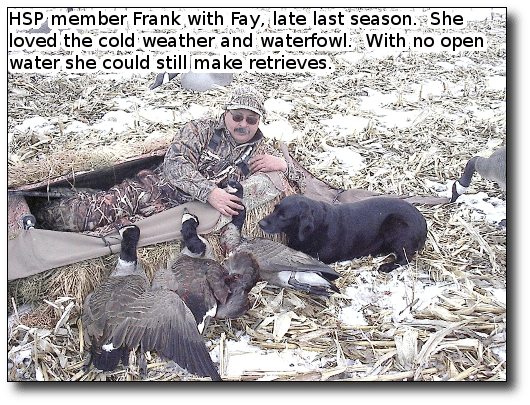