Bassin at the Pits 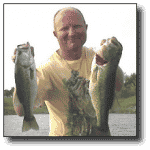 "I learned a lesson about bass fishing last week!" Now that is saying a mouthful. At my age, (which is a taboo subject) and as long as I have been catching and releasing bass, to admit that someone younger than I, could show me a few things is really astonishing.

Every bass fisherman who considers himself a bass-man has his ego, his favorite pole, his "stash" of lures, his own presentation of his lures to the "hawg."

For an "outsider" to infringe on my turf is tough. Especially when he proves his stuff. Glenn "Scottie" Porter is a co-worker with my son Brent. Both are Air-Traffic-Controllers at the Indianapolis Center. Brent, a long term HSP member makes several trips a year to hunt and fish with "Dear 'ol Dad." The Strip Pits are his favorite whether the game is flying or swimming. Brent brought Scottie as a guest after him hearing numerous stories and seeing pictures from our newsletter about our "famous" Strip Pits.

Stories of bass fishing become almost an argumentative state when you place two or more fishermen in a confined space. Each trying to out do the other on the drive to the pits. Well, we made it to the pits. The weather was horrendous upon our arrival. A passing cold front, rain, high winds, and yet temperatures still reached the upper 90's as the clouds broke up!

For the first three hours each of us trying our "best of the best," never fail favorite lures. Then Scottie started to catch 'em. Just one here and there, but before long he had caught four or five to our one. 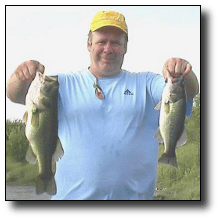 Brent and I finally had to admit his favorite lure (which will remain a secret) was the lure of the day, and by doing so, we were rewarded by receiving one of many extras he brought along. Immediately, Brent and I were in on the action. That was how the pits always were! Two on at the same time (see pic), and the action continued. Brent caught a dandy that had to go five, perhaps six pounds. Then Scottie hung into "THE HAWG!" It was huge! Half of its body came out of the water to take his lure. It was hooked good, we thought. I kept the boat in deep water; Brent cleared everything out of Scotties' way. Scottie's dream was to catch a ten pounder and here was his chance. Believing his fish was well hooked, Scottie took his time. He let him make his runs; he made sure his drag was set for those quick fast jerk-runs. Scottie was playing him like a violin. We had no landing net so it was going to be a hand-jaw landing. When the time seemed right, Scottie reached out to grab its jaw and it was gone! Silence, pure silence, for several seconds, then the questions: Did the line break? No! Did you bump him off? No! Did you get to touch it? NO!

What a dream maker. The gift of having this experience was worth the trip, Scottie said. Even if we had not caught a bass all day and Scottie would have hung into this monster, and had the excitement, even if it was only a couple of minutes, and as fate ruled, it was not to be landed, Scottie as well as Brent and me will have a memory that will live on until another (if ever) equal size bass takes Scottie for a ride.

All bass were released, but Scottie says he'll hang on to that memory, THAT he is taking home! 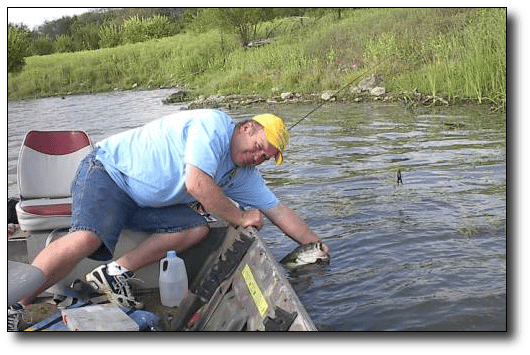 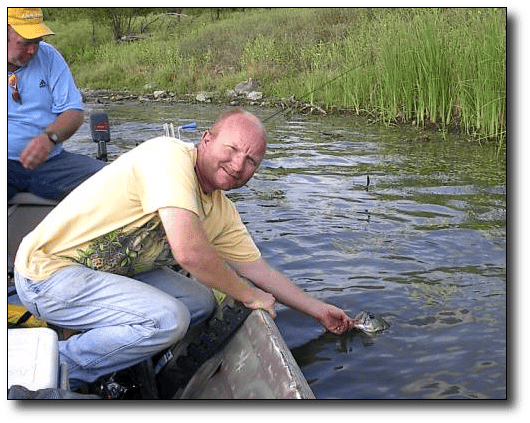 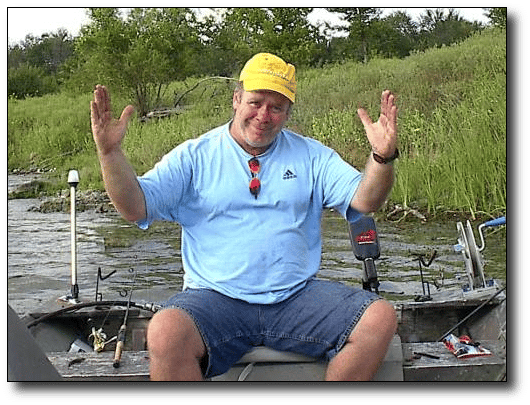